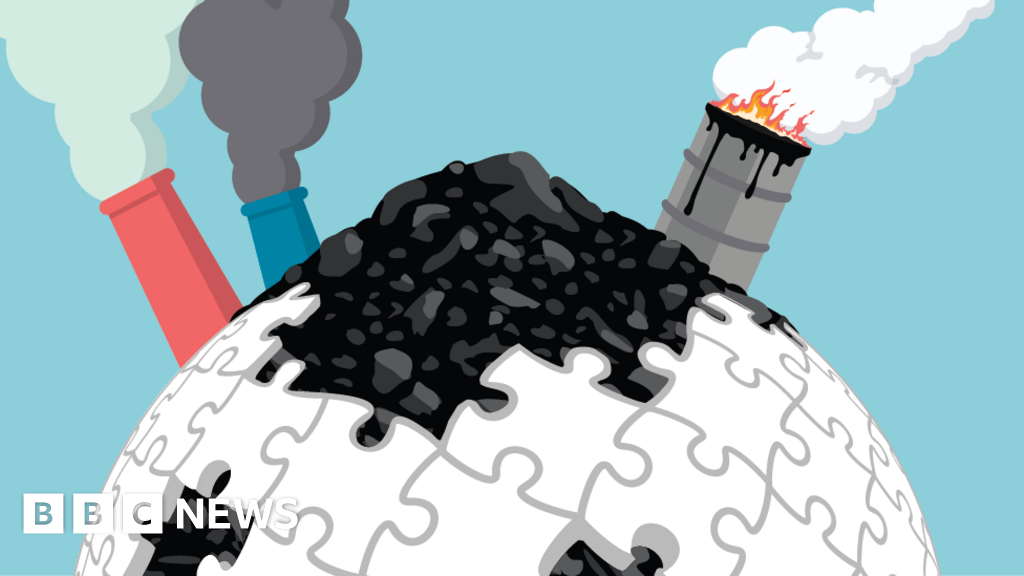 A number, including some in Swahili, Kazakh and Belarusian, suggest scientists are divided over its causes.
The overwhelming scientific consensus is global warming is caused by humans.

A representative of the Wikimedia Foundation, which runs Wikipedia, said they were "worried" by the findings and more volunteer editors were needed.

The "climate change" entry on Chinese Wikipedia lists solar activity as one of the possible explanations for rising temperatures around the world today.

Other widely disproven theories listed include unfounded claims about the emergence of a totalitarian world government and tie calls for climate action to secretive financial interests.

On Croatian Wikipedia, more than a third of the page on global warming is devoted to questioning the science of climate change, while also pushing conspiratorial views.
Bad information

"This worries me a lot," Wikimedia Foundation senior programme strategist Alex Stinson said. "And this is why we need more people involved in this project."

Wikipedia is published in more than 300 different languages, each with its own original content and volunteer editors.
Open for anyone with an internet connection to edit, the quality of its content is entirely dependent on those volunteers.

More volunteers in different languages would decrease the chances of conspiracy theories and bad information lingering on the site, Mr Stinson said.

Yumiko Sato, a Japanese writer based in the US who has investigated misinformation on the platform, said: "Wikipedia only works if the editing community is large and diverse."

Launched in 2001, the online encyclopaedia is one of the world's most visited websites.

The English-language version, the largest, has more than 40,000 users actively editing it each month.

Its climate-change pages have a group of dedicated volunteer editors who actively patrol for any sign of bad information or pseudoscience.

Copyrights of the Climate News articles belong to the respective Media Channels.
This Climate News portal is non-profit and politically non-dependent forwarding readers to The Current Global Climate News